Content from a web server being automatically gzipped (via apache, nginx, etc.) and transferred to the browser isn’t anything new, but there’s really nothing in the way of compression when going in the other direction (i.e. transferring content from the client to the server). This is not too surprising, as most client payloads are small bits of textual content and/or binary content that is already well compressed (e.g. JPEG images), where there’s little gain from compression and you’re likely to just waste CPU cycles doing it. That said, when your frontend client is a space for content creation, you’re potentially going to run into cases where you’re sending a lot of uncompressed data to the server.

ScratchGraph has an export feature that essentially renders the page (minus UI components) as a string of HTML. This string packaged along with some metadata and sent to the server, which sends it to a service running puppeteer, that renders the HTML string to either an image or a PDF. The overall process looks something like this:

The HTML string being sent to the server is relatively large, a couple of MBs, due to:

To be fair, it’s usually the former rather than the latter, and optimizing to avoid the inlining of resources (the intent of which was to try and do exports entirely in the browser) would have a greater impact in reducing the amount of data being transferred to the server. However, for the purposes of this blog post (and also because it leads to a more complex discussion on how the application architecture can/should evolve and what this feature looks like in the future), we’re going to sidestep that discussion and focus on what benefits data compression may offer.

I was more than ready to implement a compression algorithm, but was happy to discover pako, which does zlib compression. Compressing (i.e. deflating) with pako is very simple, below I encode the HTML string to UTF8 via TextEncoder.encode() (this is because I want UTF8, this isn’t a requirement of pako), which returns a Uint8Array, then use that as the input for pako.deflate(), which also returns a Uint8Array.

Here’s what that looks like in practice, exporting the diagram shown above:

The final bit for the frontend is sending this to the server. I use a FormData object for the XHR call and, for the compressed data, I put append it as a Blob:

PHP support zlib compression/decompression via the zlib module. The only additional logic needed server-side is calling gzuncompress() to decompressed the compressed data.

Note that $compressedStaticHtmlFile is an object representing a file pulled from the request (note that FormData will append a Blob in the same manner as a file, so server-side, you’re dealing with the data as a file). The File.getFilePath() method here is simply returning the path for the uploaded file.

Compressing and decompressing data will cost CPU cycles and, for zlib and most algorithms, this will scale with the size of the data. So considerations around what the client-side system looks like and the size of the data need to be taken into account. In addition, compression within a browser’s main thread can lead to UI events, reflow, and repaint being blocked (i.e. the page becomes unresponsive). If the compression time is significant, performing it within a web worker instead would be a better path. 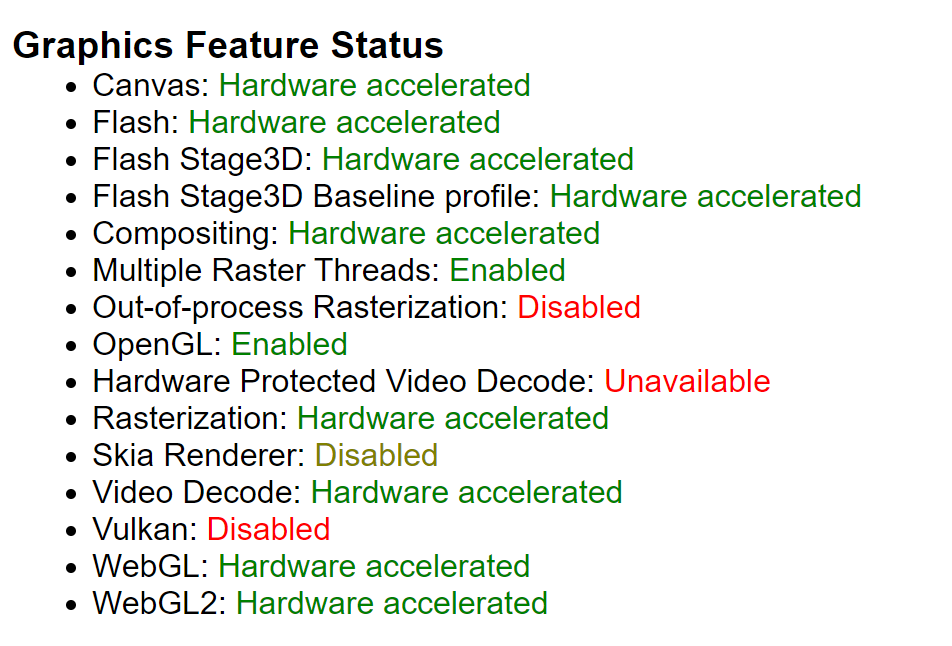 Real-time image processing on the web

A while ago I began playing around with grabbing a video stream from a webcam and seeing what I could do with the captured data. Capturing the video stream using the navigator.mediaDevices.getUserMedia() method was straightforward, but directly reading and writing the image data of the video stream isn’t possible. That said, the stream data can be put onto a canvas using CanvasRenderingContext2D.drawImage(), giving you the ability to manipulate the pixel data.

You can read and write to the <canvas> element, so hiding the <video> element with the source data and just showing the <canvas> element seems logical, but the CanvasRenderingContext2D.drawImage() call is expensive; looking at the copied stream on the <canvas> element there is, very noticeable, visual lag. Another reason to avoid this option is that the frequency at which you render (e.g. 30 FPS), isn’t necessarily the frequency at which you’d want to grab and process image data (e.g. 10 FPS). The disassociation allows you to keep the video playback smooth, for a better user experience, but more effectively utilize CPU cycles for image processing. At least in my experience so far, a small delay in visual feedback from image processing is acceptable and looks perfectly fine intermixed with the higher-frequency video stream.

So the best options all seem to involve showing the <video> element with the webcam stream and placing visual feedback on top of the video in some way. A few ideas:

The third option is an ugly solution, but it’s fast to code and thus allows for quick prototyping. The demo and code below shows a quick demo I slapped together using <div> elements as markers for hotspots, in this case bright spots, within the video.

Here’s the code for the above demo:

Edit (8/1/2020): The code has been updated to reflect changes in the MediaDevices API. This includes:

In addition, there’s also just some general code cleanup to modernize the code and make it a little easier to read. Some of the language in the post has also been tweaked to make things clearer.